Jewelry has more purpose than to just look pretty when we wear it. True, sometimes we wear jewelry to emphasize our appearance or to highlight something beautiful about us, but every now and then, we like to wear jewelry that revolves around a religion, philosophy or concept that matters to us.

Not only is it beautiful but it also constantly reminds us of some message important to us.

This is the same for Buddhist jewelry. The term Buddhist jewelry is a non-official way of describing any piece of jewelry that has Buddhist connotations. This can materialize in the form of Buddhist symbols, designs and purpose.

You don’t have to be religious to appreciate Buddhist jewelry. Anyone can wear a necklace with a lotus symbol or a mala bracelet. However, knowing the symbolism behind the jewelry will give more meaning to the piece.

Symbols of Buddhism Used in Jewelry

There are many symbols that are commonly used in necklaces, bracelets and rings to inspire you in leading a better life. Here are some of the most commonplace Buddhist symbols:

The Image of the Buddha 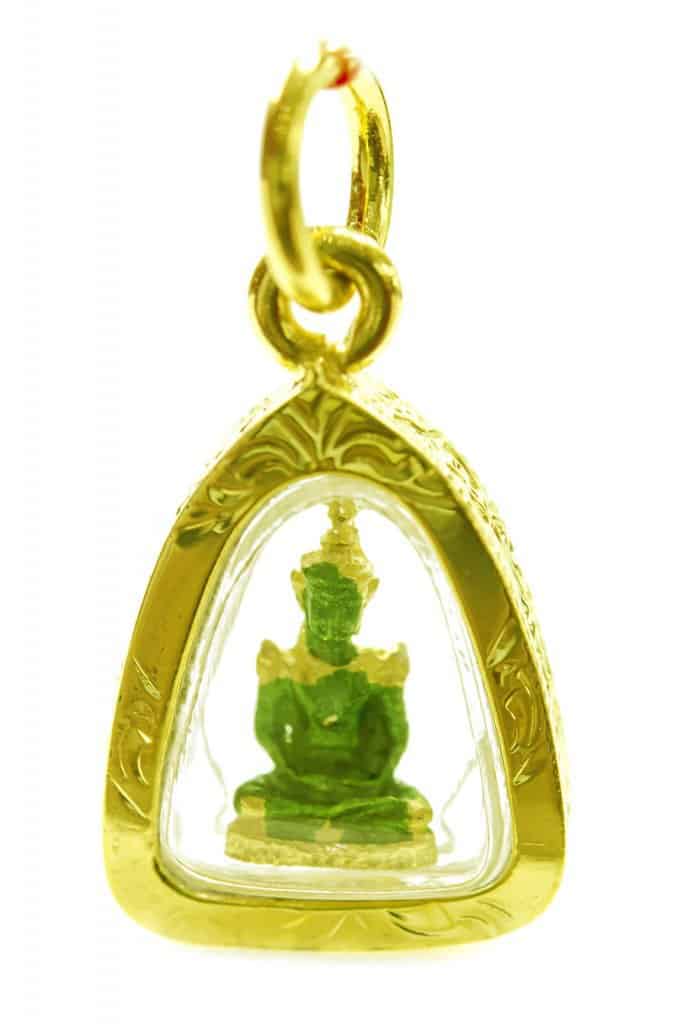 The most popular symbol of Buddhism today is that of the Lord Buddha, but this was not always so. Gautama Buddha was a mortal human being and did not want to be worshipped as a god. As a result, the image of the Buddha was not used in the early years of Buddhism as a symbol of the religion.

Wearing the image of the Buddha in jewelry is a way to remind yourself to be inspired by the life of the Buddha and the principles that he stood for – kindness, compassion, peace, moderation and non-violence.

The Buddha is commonly depicted as sitting in deep meditation. Choose from just the head and hands or a whole-body image. 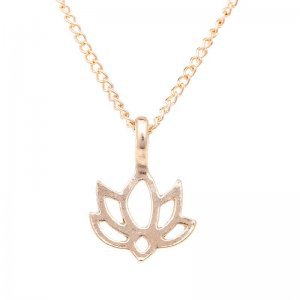 The lotus is a popular Buddhist symbol. What makes a lotus so special? It is one of those rare flowers that grow in muddy waters but rises out to bloom in colorful beauty, above the mud in which it is rooted.

The symbolism here is apparent and beautiful, inspired by nature.

The symbol of the lotus reminds us to take the higher road, regardless of what may be happening around us. It is a symbol of mental purity and elevation. On a practical point, it is a reminder to be kind, compassionate, peaceful and loving even though life may be difficult and full of suffering. It is also a symbol of rising above materialism into a more spiritual, philosophical mental state.

Lotus flowers are often found as pendants, bracelet charms or earrings. These are beautifully symmetrical and come in varying designs. 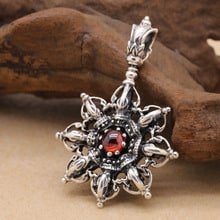 The Dharma Wheel is also called the Dharmachakra and is a central image in Buddhism. It is somewhat similar in appearance to a ship’s wheel.

The Dharma Wheel is full of Buddhist symbolism, representing the Buddha himself, the cycle of Samsara (the never-ending cycle of birth, life, death and rebirth) as well as the principle tenets of his teaching.

The 8 wheels of the Dharma Wheel represent the Noble Eight-fold Path that the Buddha highlighted as the path to follow in leading a virtuous and righteous life.

The Dharma Wheel is a reminder of the basic principles of Buddhism and is a beautiful symbol to wear in jewelry.

The Leaf of the Bodhi Tree (Ficus Religiosa) 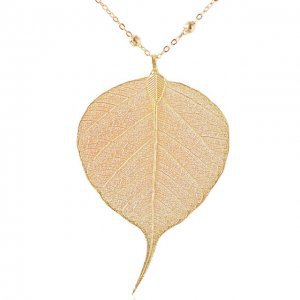 The Ficus Religiosa is known by a number of different names, including Bo Tree, Bodhi Tree, Peepal Tree and so on. It is considered sacred because it was while sitting beneath a Bodhi tree that the Buddha attained enlightenment.

The Bodhi leaf is an easily recognizable round leaf with a long point at the end, somewhat like a heart. It is a symbol of awakening spiritually and the attainment of wisdom.

It makes for a beautiful pair of earrings, bracelet or pendant.

Known as the Endless Knot, Eternal Knot and the Tibetan Knot, this pattern is made of a combination of lines and symbols representing the concept that a mind has neither beginning nor end. This representation of eternity reminds us of the eternal nature of time.

One of the main Buddhist concepts is that there is no beginning and no end, and that the mind exists in a continuum of eternity. The Eternal Knot encompasses this concept perfectly.

Buddhism does not support materialism and worldliness, so why wear Buddhist jewelry? Is not being attached to a piece of jewelry going against the very essence of Buddhism?

It all comes down to why we wear the piece in the first place. For many, wearing a religious symbol acts as a reminder of following the tenets of the religion. With Buddhist jewelry, it helps you to be mindful and to practice mindfulness. 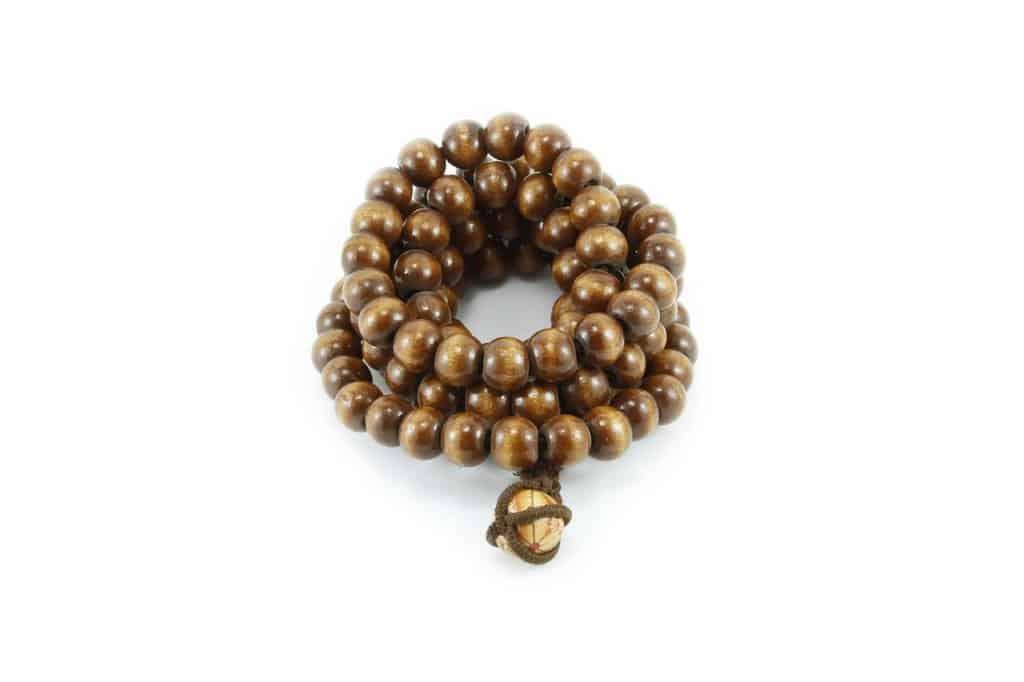 As your piece of jewelry ages and begins to wear and tear, that’s a reminder of impermanence. As it ages, you know that it isn’t as beautiful as it once was and that you will have to replace it eventually. These are facts of life and even a small item of jewelry can symbolize those facts.

The important factor is to not be attached to the piece of jewelry itself  but rather to focus on it’s symbolism.

And if you aren’t a Buddhist, as I mentioned above, these symbolic and beautiful designs can still be respected and cherished.