Tiara vs. Crown – What’s the Difference?

Say crowns and tiaras and chances are you’re thinking of kings and queens. For centuries, these head ornaments were worn by royalty to represent their authority and status. From ancient Egyptian times to the modern day, crowns and tiaras have been an indispensable part of royal attire.

We often use the words tiara and crown interchangeably but there are very clear distinctions between the two. Let’s take a look at what makes a crown a crown and a tiara a tiara.

Let’s begin by having a quick look at 8 main differences between these two types of head ornaments:

Remember when Freddie Mercury dressed in royal robes with a crown on his head? That was a crown, not a tiara. 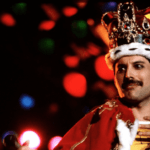 A crown can be worn by both kings and queens. It has a complete circular base, and when worn, encircles the entire head. Crowns often look the same from all angles and are as elaborate from the back as from the front.

Crowns are often larger than tiaras and stand taller on the head. They typically contain priceless precious gemstones which are set in a precious metal, commonly gold.

There is no one particular design for crowns accepted the world over. Apart from the traits mentioned above, crowns differ according to country and time period.  Crowns are often upgraded or altered to suit its context – the fashion of the times and the wearer. 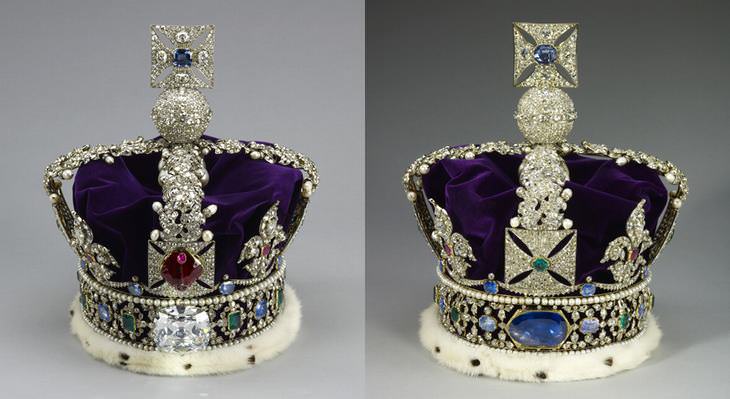 One of the most famous crowns is the Imperial State Crown of the United Kingdom which symbolizes the sovereignty of the ruler. It is currently worn by Queen Elizabeth II and when not in use, is in either Jewel House or the Tower of London on display. This regal headpiece contains some of the world’s most famous jewels, including the 105 carat Kohi-noor diamond taken from India. It holds approximately 2800 diamonds, 273 pearls and about 33 sapphires, rubies and emeralds. 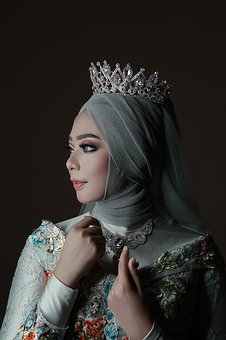 A tiara is a type of crown but has several distinct features. One of the main points to note is that tiaras are only worn by females. Unlike a crown, a tiara is semi-circular and is perched on top of the head (generally into the hair), with the focus on the front.

Tiara’s come in all sizes, with some delicate and petite while others sit high on their wearer’s heads. While most tiaras are typically made using gemstones such as diamonds and pearls and have a feminine air, others showcase splendid colorful jewels such as aquamarines, emeralds and rubies. 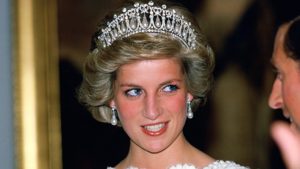 These days, while crowns are still often reserved for royalty or eccentric celebrities, tiaras are more common amongst the commoners. They are sometimes worn by brides on their wedding days, beauty pageant winners and by little girls for various events. 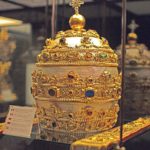 On a side note, don’t confuse the papal tiara with tiaras in general. This triple layered special headdress was only worn by Popes, from the 8th century to the mid-20th century and have nothing to do with the general public or royalty.

If you would like to know more about bridal tiaras, read our guide to tiaras for weddings.

If you’re looking for a tiara for a wedding or function, check out Amazon’s extensive range of tiaras.

Islamic Jewelry Items and Their Meanings

Everything You Need to Know About Middle Eastern Jewelry