Should I Wear Dreamcatcher Jewelry?

The dream catcher has become a ubiquitous object that can be found in many parts of the world. Depending on how you view it, a dream catcher can be a decorative object or a popular amulet.

While the dream catcher is commonly used as a decorative object to put up in houses, jewelry incorporating this design is also quite common.

In this article, let’s take a look at the symbolism and meaning of the dream catcher and whether or not you should wear it.

What is a Dream Catcher?

A dream catcher is created using a hoop with a web or net woven onto it. It’s commonly made using wood and string, with feathers and beads added to the design. Traditional dream catchers were only a few inches in diameter, but today these can be found in a range of sizes and featuring a variety of materials.

Over time, the dream catcher has become stylized and commercialized, and can be found in many designs some of which bear little resemblance to the original dream catchers.

The dream catcher holds great meaning to certain Native American tribes. It was used to protect infants in their cribs and would typically be hung over them. Later on, dream catchers were associated with the New Age movement, gaining popularity as a spiritual object.

The Legend of the Dream Catcher: Spider Woman and the People 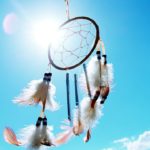 According to the Ojibwe beliefs, the Spider Woman known as Asibikaashi, was the creator of all humans and the protector of children and infants.

As the tribe spread and grew across the American continent, the Native Americans believed that the Spider Woman could not reach all the children to protect them.

To ensure that the Spider Woman’s blessings and protection reached the children, webs were woven and hung above the place where the children slept. The people believed that Asibikaashi could now reach the children and keep them safe.

It was believed that the dream catchers could catch any harm that hung in the air, in the same way that a spider web can catch whatever it comes into contact with.

As a result, the dream catcher became a symbol of protection.

Meaning of the Dream Catcher

Native Americans believed that at night, the air is full of good and bad dreams. The dream catcher helps to sort these out, keeping the bad dreams away from the sleeper and helping the good dreams to get to them.

The dream catcher acts like a spiderweb, snagging the bad dreams which get destroyed when the sun rises and filtering the good dreams which are gently helped by the feathers to get to the sleeper.

The image below gives a quick recap of the meaning of dream catchers: 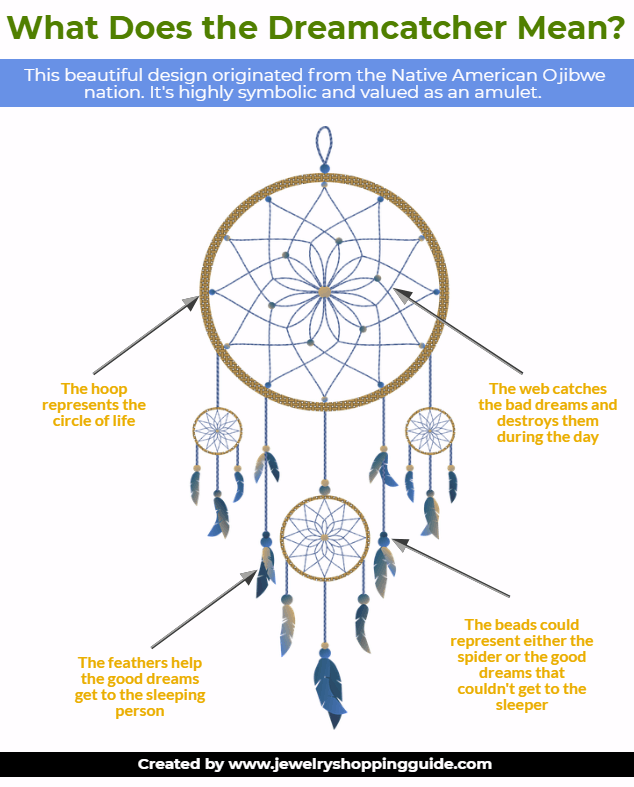 The dream catcher is highly symbolic to Native Americans and all parts of the design is believed to hold meaning.

Today the dream catcher symbol is celebrated in many ways, one of which is in jewelry. The beautiful design is perfect as dangle earrings, pendants or charms and its versatile design and natural movement, make for eye-catching pieces of jewelry.

Here are a few ways to wear dream catcher jewelry: 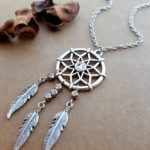 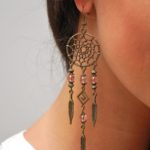 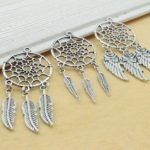 Dream catcher jewelry has a bohemian style. It’s embraced by those who love natural designs and a back-to-nature vibe.

Should I Wear Dream Catcher Jewelry?

There are many symbols that have transcended their place or culture of origin and have gone on to become used worldwide. Some of these include the tree of life, the hamsa hand, the Om symbol and the triskelion, to name a few.  These symbols all originated from various parts of the world, but today, can be found across the globe, worn in jewelry and used in numerous ways.

The dream catcher, too, has become a symbol loved by many. It’s viewed by many Native Americans as a symbol that identifies them as a people. If you decide to wear dream catcher jewelry, try to learn about it so that you understand the symbolism it holds. As with any meaningful symbol, it should be worn with respect.

Where to Buy Dream Catcher Jewelry and Decorations 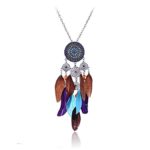 The best place to search for dream catcher jewelry and decorative items is online, as you can easily compare products, prices and styles.