Home » JEWELRY FASHION » What is a Rivière Necklace? – History, Pros, and Cons

What is a Rivière Necklace? – History, Pros, and Cons

An everlasting classic, a rivière is a collection of gemstones set in a necklace. Literally meaning ‘river’ in French, a rivière also means a river of gems in the world of jewelry.

These gems, in most cases diamonds, are usually of the same shape and size or gradually tend to increase in size through the design.

The main highlight of Rivière necklaces feature is the gemstones, as their designs are usually without any ornamentation.

Although not the first rivière necklace, it is believed that the design and style of this particular necklace-type are rooted in and originated from a diamond choker gifted by Napoleon to his second wife, Marie Louise.

The couple was celebrating the birth of their son in 1811. This piece of jewelry was composed of twenty-eight round cut diamonds shaped as large pears suspended as a fringe.

It is now housed as part of the Smithsonian’s permanent collection. This necklace fueled my interest in the design. By around 1871, rivière necklaces became a popular trend, when diamonds gained popularity in the West and Kimberly Mine in South Africa was discovered.

Rivière necklaces popular since the 1700s, but they have been redesigned over the years. They were typically made with gemstones like diamonds, amethysts, or sapphires, and featured just one type of gemstone for the entire necklace. However, in the mid-18th century, multi-hued necklaces were designed, known as the harlequin style.

The settings used for rivière necklaces also changed over time. When they were first created, rivière necklaces featured silver foil-backed collets in their setting, but this changed to silver-topped collets around the 1770s. While rivières began with their foiled collet or claw settings, they were made with open settings after the 19th Century. Another change to the rivières in this period was that the gems were no longer connected by silk threads but with metal links.

Rivière necklaces of the Georgian period were set with paste, topaz, diamonds, or amethyst in a closed-back setting with mostly old mine cushion cuts, rose cuts, or table cuts. The gems in vogue during the Georgian and Victorian periods were amethyst, garnet, pink topaz, aquamarine, and citrine. But the most traditional and preferred stone has always been diamonds.

The Georgian versions of a rivière have become valuable antique collectibles because of the techniques and craftsmanship used to create them. They have been described to be very beautiful and elegant since they have been hand-carved and polished individually. The stones are typically graduated, with the largest stone at the center. However, finding a genuine Georgian necklace is almost impossible.

The design of the rivière also inspired the creation of fringe necklaces that came about in the Victorian period as well as the Edwardian period. Some were designed to be used as both a necklace and a tiara. This period featured rivières which were mostly studded with amethyst and designed to have detachable pendants and open backs.

In the 1920s, while the design remained mostly the same, the settings for the rivière were the four claw or channel settings and the cuts were more modern with silver or gold only used when giving an antique look to the piece. From the 1950s onwards, the most popular cut became the baguette due to its clean and futuristic look.

During the 20th century, rivière necklace designers and jewelers began to use platinum as the favored metal to set the gems into as this metal ensured durability as well as the lightness of the necklace in a delicate setting with the gem being the star.

Rivières from Royalty to the Silver Screen

The rivière design was given royal treatment in 1900 when a 100-carat collet set diamond rivière was worn by Queen Mary of England. This necklace was inherited by Princess Margaret, Queen Elizabeth II’s sister.

In his book, The Queen’s Diamonds, Hugh Roberts has written about the several rivières in Queen Elizabeth II’s collection. Queen Mary, who was her grandmother, owned eight of these necklaces and left two for her inheritance, excluding the one given to her sister.

Rivière necklaces were also admirable gifts between royal couples. Queen Elizabeth of Britain was gifted one by her husband King George VI in 1937 at their coronation. It consisted of 40 old-cut diamonds. The rivières of the British Royal family are no less than treasures passed down the generations and worn lovingly by the women in the family.

At around the same time, Hollywood fashion also involved diamond rivières which were idolized when worn with strapless gowns. In the 20th Century, these necklaces were also called eternity necklaces.

Some of the famous actresses who’ve worn these beauties have been Katherine Hepburn in the movie Holiday (1938); Rita Hayworth in Gilda (1946); Gwyneth Paltrow in A Perfect Murder (1998), and so on.

Diamond rivières are classics and most of these stars wear them often on the red carpet. Several prominent actresses of recent years, such as Zoe Kravitz, Dakota Johnson, Jennifer Lawrence, Angelina Jolie, and so on, have been spotted with this classic in their modern styles while strutting the red carpet.

The design of the rivières of old continues to inspire the jewelry designers of today. They draw on inspiration from the generation of designs from the 18th, 19th, and 20th centuries when creating contemporary and modern pieces.

While different cuts of diamonds keep rotating in and out of fashion, these designers experiment and play around with different unique cuts and combine them to bring out special rivière necklaces or tennis necklaces as they are known sometimes.

Although they were mostly worn in formal settings in the past, rivières are now even paired with casual clothing including t-shirts and jeans.

Rivières are known not just for their simplistic beauty and elegance but also for the history and culture that are associated with them. This enduring design of necklaces has now become a classic amongst women of all ages and cultures. The vintage and antique styles of the rivières are timeless and their popularity will likely continue into the future. 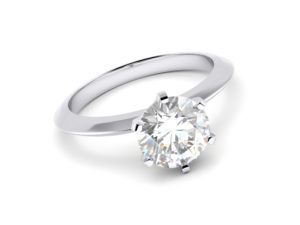