This post contains affiliate links. We may generate revenue from these links (at no cost for you). Please see our Term of Use page for full details.

Organic gemstones aren’t really gemstones. They are a special category ensconced within the gemstone world. While most other gemstones, such as sapphires, diamonds and amethysts, are made of minerals and consists of a crystalline structure, organic gemstones are derived from living matter, such as plants and animals.

Organic gemstones consist of a small group, with the most commonly known of this category being pearls, amber, coral, jet and shell. These have been used since the earliest times in the making of jewelry and ornaments.

The gemstones in this group are all very different from each other and yet share some similar characteristics. 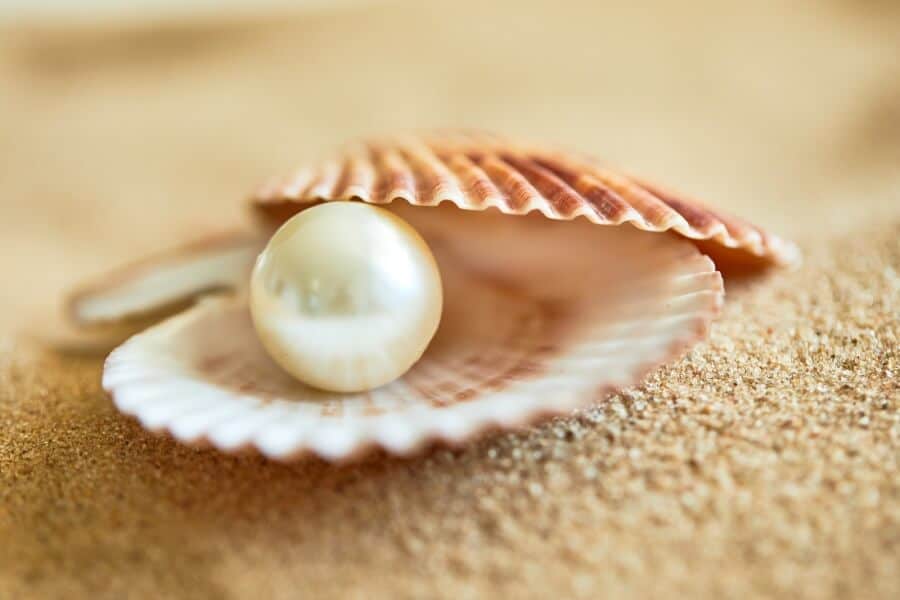 Pearls are the most famous and important of the organic gemstones and have been a staple in jewelry for millennia.

Pearls typically come from oysters, but can also be found in clams and mussels. A pearl is formed when an irritant, such as a piece of shell or fish scales, finds its way into the mollusk. Over time, the animal coats this irritant with layer on layer of nacre, until it eventually forms into a pearl.

Pearls come in a variety of shapes, although in nature, perfectly round is rare and therefore has always been more desired. They also come in a range of colors, such as white, cream, golden and black.

Unlike the other organic gemstones, pearls are farmed and harvested. Here, the only difference is that the pearl farmer carefully embeds the irritant in the oyster and then lets the oyster do its work. This type of pearls are called cultured pearls.

While pearls make for beautiful and stunning jewelry, they are very soft (2.5 – 4 on the Mohs scale) and can easily be damaged. Pearls always cycle back into fashion and are currently very trendy and in high demand. 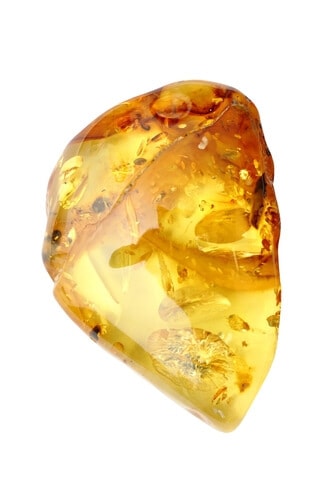 From the living world of oysters, we now move to the sap of plants. Amber is fossilized resin of pine trees, from over 50 million years ago. This glowing, hardened substance was one of the first to be used in creating ornaments and has been made into jewelry since the earliest times.

One of the most distinguishing features of amber is the intriguing natural inclusions that it generally contains. Small insects and bits of plant material are often found preserved within amber. Amber with such inclusions often command higher prices and are more desirable, as they add depth and character to the piece.

Amber comes in a range of warm golden tones, from faint yellow to darker browns. Genuine amber has a subtle smell of pine and is warm to the touch. It has a waxy, plastic feel to it and is very soft, ranking 2 – 2.5 on the Mohs scale. 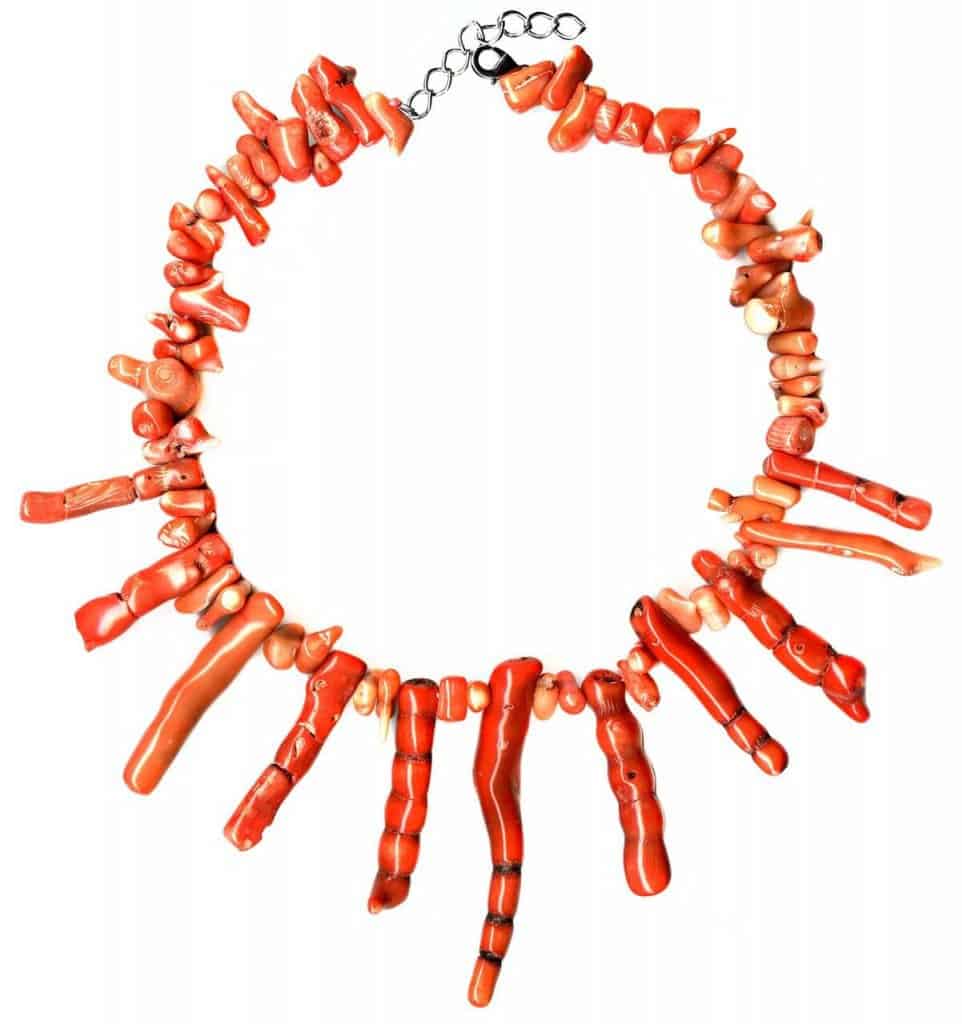 Coral is found in the ocean and is made from miniscule marine creatures, know as coral polyps. Coral reefs are made of calcium carbonate, which is secreted by the polyps to build their protective, hard homes around it. Over time, coral reefs grow as the polyps die in their homes and become a part of the structure. Each subsequent generation of polyps builds its home atop that of the previous generation.

Corals used in jewelry are often translucent to opaque and found in a range of vibrant hues, the most popular being red, orange, pink, white and purple. Coral is often made into cabochons, beads or cameos. For a natural and tropical look, jewelers try to retain the natural shape of the coral when making their designs.

Coral in its natural state is not lustrous, but when polished and waxed, it displays a smooth, glossy sheen. It ranks 3-4 on the Mohs scale.

Ivory was a famous member of the gemstone world for many centuries. Ivory is found in white to creamy colors and has a smooth, glossy luster.

Although not commonly used today, ivory was highly coveted due to its smooth white texture, excellent workability and strength. Designers could carve ivory into elaborate and intricate designs, and it was widely used with numerous applications, such as cameos, figurines, billiard balls, cutlery, weapon and fan handles, engravings, sculptures and jewelry. 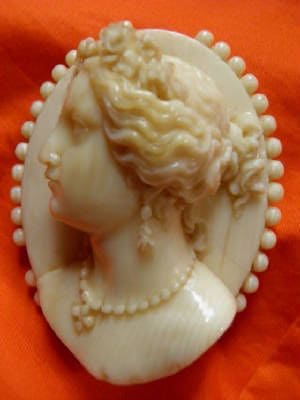 Ivory came from elephant tusks, but can also be found in the teeth of other large mammals, such as walruses and hippos. However, as these animals were forced onto the brink of extinction, ivory is now either banned or strictly regulated in many countries.

Ever wonder where the phrase ‘jet black’ originated from? Jet is known for its glossy black color and when polished, has a smooth and shiny luster. Like amber, jet is warm when touched, is flammable and has electrostatic properties. Hence jet is also sometimes called black amber.

Jet is an organic rock, and is a variety of bituminous coal, made of fossilized wood. Usage of jet dates back to 10,000 BC. In Victorian times, jet was extremely popular and used in ornaments and jewelry. During the 1920s, jet was commonly shaped into beads or cabochons and strung into long necklaces. However, today, jet’s popularity has declined, and it is now mainly a collector’s gemstone.

Like other organic gemstones, jet is relatively soft with a Mohs hardness rating of 2.5 to 4. 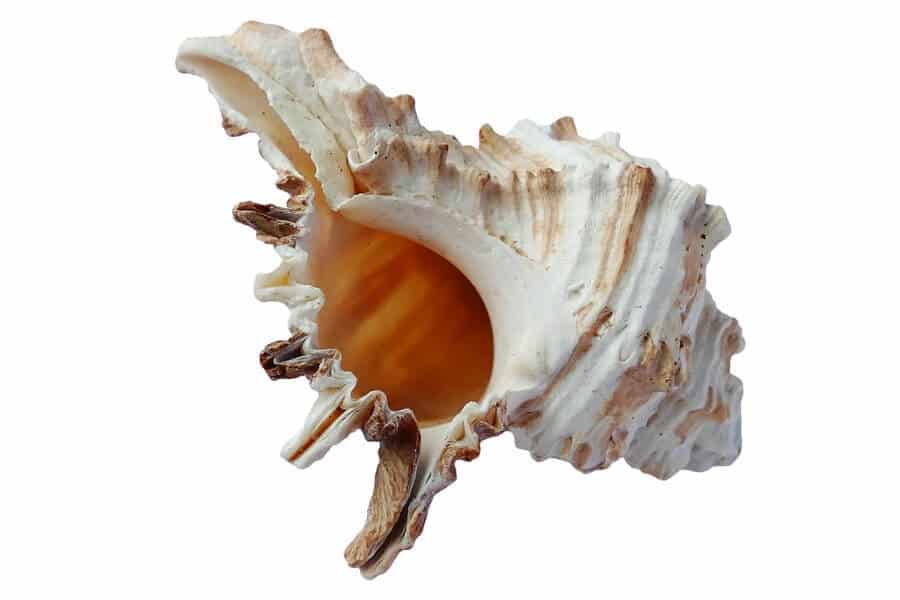 Shell has been used around the globe since the earliest times and is the oldest form of jewelry, and can be traced back to around 100,000 years ago. Varieties of shell was even used as money in some cultures, such as in Papua New Guinea, and this practice exists even today.

Shell provides excellent workability, as it is soft and easy to carve but also very tough and durable. With appropriate care, shell jewelry can last a lifetime.

Under the umbrella of shell, comes a number of different varieties, including mother-of-pearl, abalone, conch and ammonite. 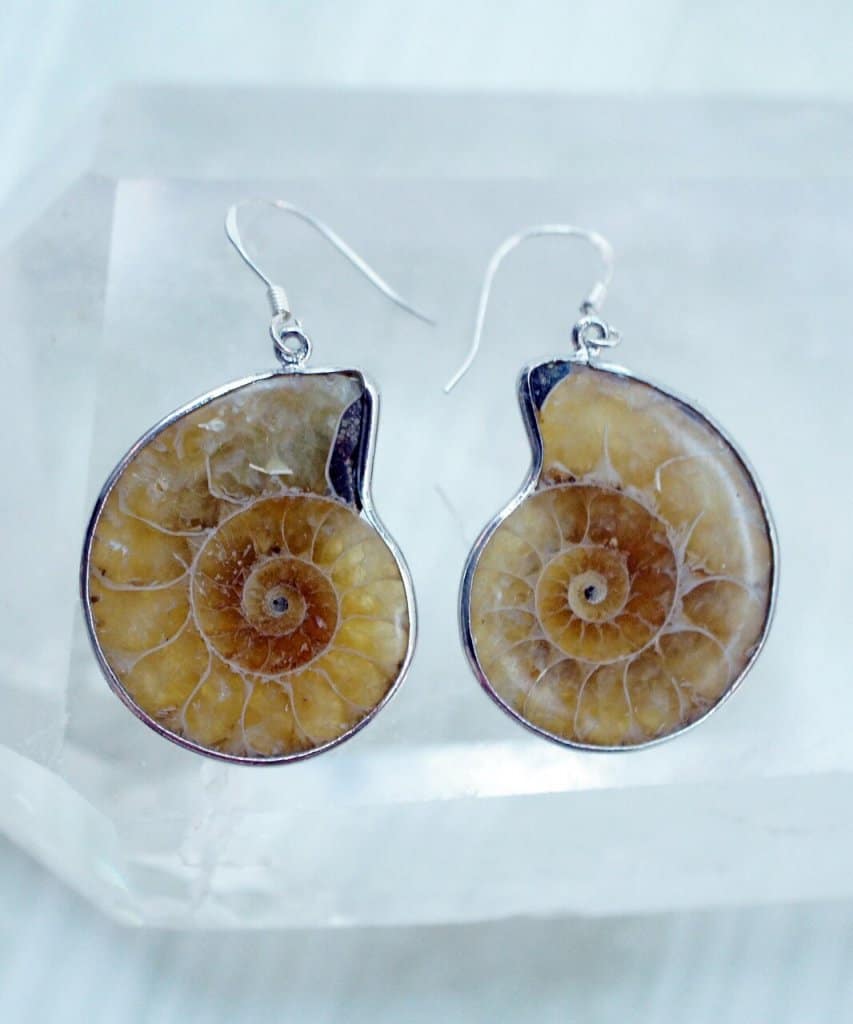 Shell has been used to create cameos, beads, cabochons, carvings and figurines. Even today, shell is a common material used in the making of jewelry.

Organic gemstones are a special group of gemstones and have long and distinguished histories. They are among the earliest used gemstones for jewelry. Although some have fallen out of favour in the use for jewelry for various reasons, organic gemstones have been indispensable members of the jewelry world. Each piece of organic gemstone has a story and is full of character and even today, some are as popular and coveted as ever.